A coding challenge hosted by the Team “iView Crafters” 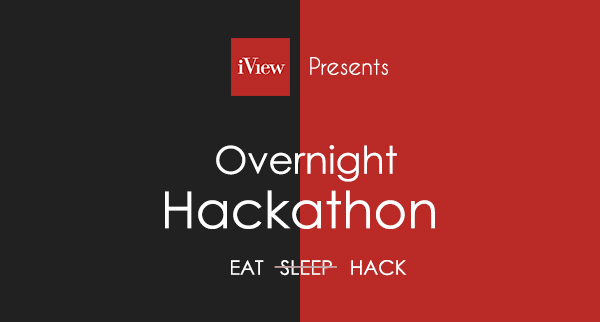 With such a successful event of Hackathon 2018, the idea of Hackathon Dobara was an exciting event for us and this time iView Avengers decided to go one on one. As soon as the date was announced, the eagerness to compete and bring out life to our burning ideas increased. The goal was not just being a refreshment, but also learning vanguard technologies and pushing past limits. The problem statement of the event was decided as “To create Developer on Demand system”.

I, amongst some of the other developers, was new to the environment of Hackathon. An expression of curiosity and excitement could be seen on our faces. The enthusiasm spread amongst everyone. Finally, the day came, and the combat began at 11:00 am. With high spirits and confidence, the minds of our developers started churning.

After a little bit of coding and lots of thinking, came the discussion part. One by one, everyone projected their doings and conveyed their thought process. Every developer had a different perspective and approach towards the job. Our senior android developer mentioned that developers are already present in the market, but to find one which matches the requirement is the real issue here. To solve this issue, he suggested that a business model should be created which has bidding dialectics. Further explaining, he said that a company can post their projects and developer with the highest bidding would get hired. Next came our full stack developer, according to him there are many developers but it would be confusing to choose the right candidate for the job. He created a single interface like a chatbot where you just need to type in your requirements and let the chatbot take care of the rest. His basic notion here was a simple UI and powerful backend. “If the backend is powerful, we will get astonishing results”, he said.

Finally, I presented my thoughts. I recommended that by assigning ranks to developers, the quality of their work could be judged.“Initially, everyone will have 0 rankings, how is one supposed to choose then?”, a counter question was thrown at me. An excellent question to which I answered that we can create a testing portal where one can appear for a test suitable to his/her experience level and get ranked accordingly. Once they get ranked through our website, those rankings would also be visible. The discussion was concluded and it was time to declare results.

It was mind-blowing to see how everyone has something new in their projects. It was like a recipe made with a special ingredient. “Developer on Demand” was an interesting and elegant topic where we, “the developers”, could judge on what basis a company would hire a developer for a required period of time. With the mindset of a developer, the idea was to get as much work as possible. Trying to get in the shoes of companies head, the purpose solely was to get the best developer suited for their project.

“If you are not willing to risk the usual you will have to settle for the ordinary.”  –-Jim Rohn

A developer can think of every scenario possible in a project and will definitely provide a solution for the same. The ideas were so different and magnificent in their whole that the result of the Hackathon was declared and everyone won. Cheerful roars were heard and everyone applauded for themselves. The whispers of friendly spats made everyone giggle.

How amazingly everyone participated and crafted eye-catching and mind-blowing ideas in just a few hours.

Team iView again proved its potential and that given any problem, we Avengers will suit up and fire our best tincture.

– By Shweta and Team