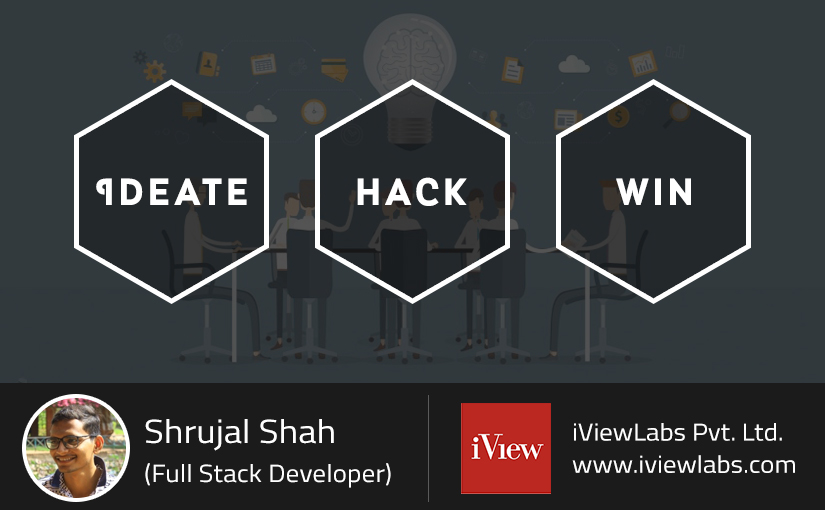 Hackathon 2018 is an in-house Six-hour coding challenge that is a small glimpse of the bigger picture of our team “iView Crafters”. Hackathon will be on winning row on bigger outhouse Hackathon and try new cutting-edge technologies to not just improve quality of knowledge but also to maintain a healthy atmosphere in the team.

The team took a short break from the usual work and projects to develop mind-blowing Apps in a short instance of time. Hence, Hackathon is the first step towards the great journey of iView Labs with a vision of many more Hackathon’s to come with lots of twist, fun, and excitement in near future.

iView Labs wants to strengthen its team to win any challenges on any Hackathon. So let’s see how we took our first step.

Inspired by previous Hackathons helped me to decide the basic road map of Hackathon, with that proposal I got clearance from management. That left me with one pre-task “Save the date”, Hence I was so excited and curious as our CTO decided to keep the Hack Challenge surprise including me.

On the day of Hackathon, we were all set with full of enthusiasm and excitement. Once everyone was onboard, two teams were formed in randomize way that every team was balanced and had fair power to make competition more exciting.

When two teams were ready to do anything to win, Pandora’s Box was opened with Hackathon definition – “To create funny image filters”. Both the teams took-off with the spirit of Competition and started at 11 o’clock with the deadline to finish at 4:30 o’clock.

“Hackathons are like marathons. Some people go to compete but most people take part to better themselves and have fun”.

Both the teams brought best weapons to the front and start planning how to win Hackathon in short time of 6 hours. Once planning was finished everyone starts coding like machines without a single break of even food and water. Both the teams had a different strategy like one team choose Google vision library and python pillow library to put monkey’s face on will smith’s face to make it funny and other team try to put funny object like hats, crown, funny faces and filters on captured photo with native inbuilt features of web, Android, and iOS.

Two new amazing products were created with name “Imagic” and “Snaprap”. In such short time both the team doing lots of planning, meeting and coding win the completion. As they say –“Time never stops” and the time’s up. Both the teams started presenting their idea and how they convert that idea into reality and give physical form with which path they take to archive. Both the teams could not complete the product but outcome was Fantastic – Something which left us spell-bound on the feeling satisfaction and strength.

As There is only one winner in the game, with strong competition the winning team was “Snaprap”.

The event was wrapped with a feeling of satisfaction, self-confidence, and the best part was to realize the strengths that our teams have.

How amazingly both the teams participated and crafted eye-catching and mind-blowing ideas in just a couple of hours.

Team iView always proves its tenacity and capacity but this time the result truly proved that Team iView is a team of Great minds with Super supportive Leaders.